There are songs that wrote music history. Melodies that moved whole generations and will remain unforgotten forever.

Lyrics that still get under the skin today, that make us sing along, dance, laugh and cry. But when the voices of yore fall silent, something is lost that absolutely belongs back on the stages of this world!

One of these bands is undoubtedly ABBA!

Once again experience this unique concert atmosphere live, feel goosebumps moments and sing along arm in arm very loudly – that’s exactly what you can experience, 2019 on Germany’s stages! ABBA – The Tribute Concert is a true original that cannot be seen a second time in its kind. Everything is just right here: the costumes, the voices, the performances, the light show – you will believe Agnetha, Björn, Benny and Anni-Frid are actually on stage. Unlike a musical, this show is like a real concert that will make you feel like you’ve stepped back in time.

Thank you for the music

Be there when the four double pop stars perform number 1 hits like “Waterloo” or “Dancing Queen” and take you on an atmospheric journey through time. No one stays in their seats, no spectator who is not completely thrilled by this concert of the
Extra class! The “Generation ABBA” takes their children and grandchildren to ABBAMUSIC, the eight Italian full-blooded musicians who make this stage show so authentic.

Because the Swedish pop band now inspires fans in the fourth generation! So it’s no wonder that young and old alike sit in the audience and listen to the sound of yesteryear.
Relive the ABBA feeling and give yourself and your loved ones a unique memory that gets under your skin and touches your heart and senses!

So we say: Thank you for the Music! 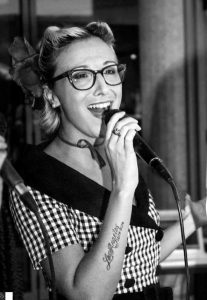 Singer, songwriter and vocal coach Angela Castellani began her career singing in pop-rock and funk cover bands. She was able to build a reputation which led to work as a pro session live and studio singer for various dance-pop and TV productions. Her strong motivation, natural talent and passion with a powerful stage presence and endless commitment to music are her strengths. Angela studied jazz in the USA, Spain and Italy, graduating with the highest distinction “cum laude” from the Mantova Conservatory. Likewise, she has a degree in speech and a master’s degree in anatomy and physiology of the voice. She loves almost every kind of music, but rock has a special place in her heart, so in addition to her job as a live / studio singer and vocal coach, she also writes her own music. The meeting with the British producer James D. Bell. brought her a cooperation with All Out Music UK, through which her first two original albums were born. Since May 2017, Angela is officially one of the singers of the famous “Cirque du Soleil”. 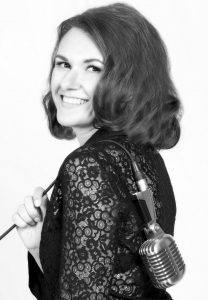 Irene discovered her passion for singing at the age of 18. She immediately realized that it takes hard work and dedication to succeed as a professional. So she started taking singing lessons and at the same time started collaborating with different bands. So she worked in different areas and developed her own style – a mixture of soul, R & B, funky, dance, reggae, R & R, blues, new country and pop. Over the years, Irene also worked as a studio singer and recorded several albums with many artists. She also works in Italian musical theaters. In 2005 she met Angela Castellani. Together they created several live shows in Italy, among others they are on stage together “AKKA” an Italian ABBA tribute show. 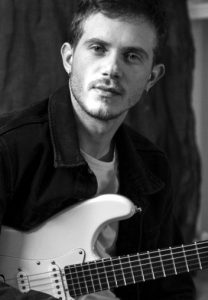 Ludovico discovered his passion for the guitar at the age of 11. After studying pop and rock guitar with some renowned session guitarists, he joined the Mantua Conservatory where he studied jazz guitar. Over the years he played and sang for various bands of different genres throughout Italy, including hard rock, pop and dance. 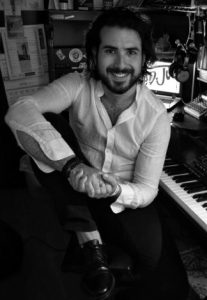 Eduardo has been doing his musical training for 4 years with professionals of the Italian music scene. He has performed at many important events, including the European Music Festival and the Italian Excellencies Award. He gained experience in various fields such as rock, blues, swing band and perfected keyboard playing thanks to Davide Dave Rossi (Ramazzotti, Bertè , Pausini) and the artistic direction of Fabrizio Frigeni (883, Bertè, Pausini). 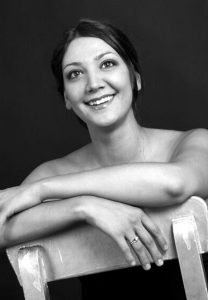 Miriam is studying music at Dams University in Bologna, Italy. At the same time she teaches singing and is known in her Italian homeland as a singer for the “Black Silk Acoustic Trio”. She started her career as a studio singer in the hip hop and R&B industry and due to her versatile voice she contributes to various productions in the jazz, soul, blues and pop genres. 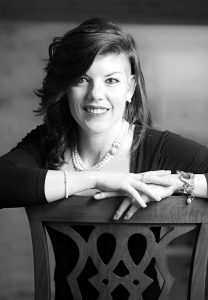 Claudia studied modern singing in Novara and Milan for six years and holds the Trinity College London Certificate in Rock and Pop – Class 3. She is involved in various studio projects and works as a singer for several cover bands and various formations of pop and rock music. Claudia is the lead voice of “MalaMente”, a tribute to dance music from the 70s to the present. She was also the main voice in a tribute to Lady Gaga, reinterpreted in a hard rock heavy metal style. Furthermore she works as a singer in an acoustic duo (guitar & vocals) as well as in other dance revival groups. 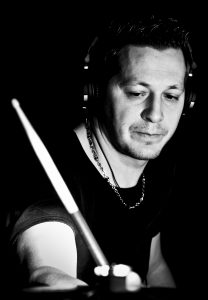 Stefano discovered his passion for drums at the age of 9 and made it his profession. He studied with Italian as well as international teachers such as Max Furian, David Garibaldi, Omar Hakim and Dave Weckl. He also attended some classes at the “Berklee Summer School” since 2006. As a music teacher as well as a drummer he works for different bands in the rock and jazz area. He is always developing his techniques and looking for new challenges. 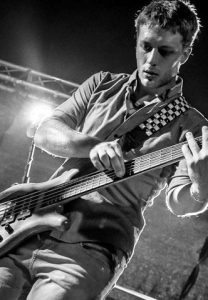 Giovanni has been playing bass guitar in various bands and projects since 2004. Through this he worked with Ian Paice (Deep Purple) and Serena Rizzetto & Oscar Ninis (Cocciante) among others. Initially learned through self-study, it has been steadily developing under Max Gelsi since 2015. He has also been teaching electric bass since 2010 at various schools such as the G.Verdi in Brugnera, the CAM Lizard Academy in Monfalcone or the E. Salvadoretti in Santa Lucia. He is one of the bass players of the Vanny Tonon Trio and has recorded, among others, the album “Electric Stillness” for the progressive group “The Former Life” and “The Tourist of Love” with Jennifer Batten for Vanny Tonon

Interview with Angela Castellani from ABBAMUSIC