Forever Queen brings a piece of music history back to life

Auch more than 25 years after the tragic death of their singer and frontman Freddie Mercury, the great songs of Queen remain immortal – and thanks to FOREVER QUEEN they can now be experienced live again in an authentic way!
Whether beautiful ballads like WHO WANTS TO LIVE FOREVER or rock hits like I WANT IT ALL, operatic works like BOHEMIAN RHAPSODY or disco hits like RADIO GAGA and I WANT TO BREAK FREE –

and, of course, the stadium anthems WE WILL ROCK YOU and WE ARE THE CHAMPIONS: Hardly any other band in music history has been as versatile, versatile and creative as Queen, hardly any has so many fans and admirers to this day, hardly any has provided so much material for books, musicals and, most recently, films.
(Bohemian Rhapsody; theatrical release: 01.11.2018)

THE SHOW MUST GO ON

Four virtuoso musicians from Italy have dedicated themselves to the repertoire of their great idols and bring it on stage as true to the original as possible with the tribute show FOREVER QUEEN.
A high-quality stage design, an opulent light show, detailed costumes and the songs played live in powerful sound will make you believe to experience Freddie Mercury, Brian May, Roger Taylor and John Deacon personally live on stage. With exactly the sense of pathos and grand gestures that are as much a part of Queen’s highly emotional music as the impressive lead vocals or soulful guitar solos. Especially singer Sonny Ensabella in the role of Freddie Mercury has proven time and again over the years that he is not only visually but also vocally impressively close to his role model.

But also his band colleagues are all studied musicians, excellently trained and with years of stage experience at the highest level.
So it’s no coincidence that FOREVER QUEEN – The Ultimate Tribute has been causing a sensation on the stages of Europe for many years – and due to the unbroken demand is now coming to Germany again! A wonderful opportunity to immerse yourself in the fascinating world of one of the greatest bands in rock history.

Because these four musicians do not interpret Queen’s songs – they live them!

True to the motto: THE SHOW MUST GO ON! 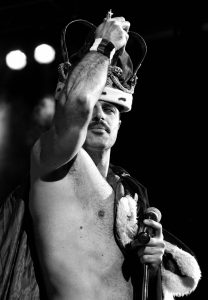 Sonny enjoyed his education in the “Academy of Dramatic Arts Carmen Flack”. He works as an actor in various theaters as well as for international TV shows. Since 2006 he has been impersonating the unique Freddie Mercury with great passion in “QueenMania” and comes very close to his idol both vocally and visually. 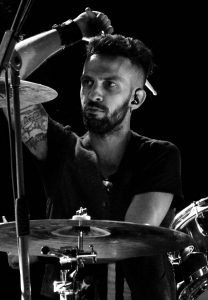 Simone Fortuna graduated from the Conservatory of Percussion in Milan/Italy in 2004 and studied percussion with Giorgio Di Tullio. Since 1999 he has supported many orchestras in Italy, Japan, China, Estonia, Luxembourg and Switzerland as a drummer and percussionist. In Italy he has also performed with Modà, Serj Tankian (System Of A Down), Samuele Bersani, Andrea Bocelli, Mika, Laura Pausini and Evanescence, among others. For several years he has been the drummer of “QueenMania”. 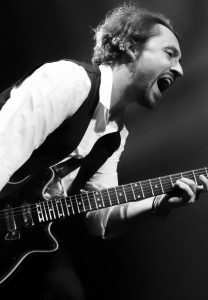 Tiziano studied piano and classical guitar at a conservatory in Italy. In addition to his involvement with “QueenMania”, he runs a few jazz venues in Boston and works closely with various session musicians on the American jazz scene. 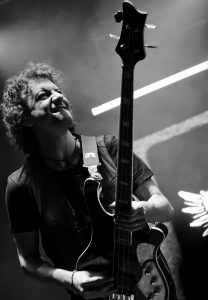 Fabrizio discovered his passion for music and entertainment as a child. So he formed his first band at the age of 14. Since then he also performs and composes his own songs. At the end of 1990 he became a bassist and singer in the band of the top Italian star Enrico Ruggeri. At “QueenMania” Fabrizio is also the artistic director. 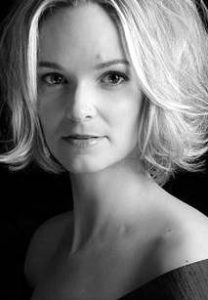 French-Canadian soprano Sylvie Gallant now lives in London. After studying music, Sylvie studied opera at McGill University in Montréal and in the English National Opera program. Recent operatic highlights include: Gretel in Hansel & Gretel, Dido in Dido and Aeneas (“Gallant’s voice imbues her despairing queen with a youthfulness but also a lightness that Purcell’s writing readily accommodates.” – New Statesman), and Giulietta in I Capuleti ei Montecchi. Sylvie is an avid recitalist and has a huge repertoire of songs, melodies and carols. Currently: touring a Debussy concerto; staging Schumann’s Liederkreis op.39. She also performs frequently for events, galas and ceremonies. Sylvie is co-founder and artistic director of Opera in Space (“The company is sleek, young and inventive.” – The Observer).