Rock The Circus – music for the eyes

CORONA: News about our events

Even though relaxations are becoming more and more important, the necessary measures against the pandemic with the Corona virus and the resulting consequences for all economic sectors are still being discussed intensively.

You can find daily updated information on this at https://www.bundesgesundheitsministerium.de/coronavirus.html

As you know, we as concert organizers are particularly hard hit. In order to be able to get back to full speed as soon as the political framework conditions allow, we have been working flat out for weeks to find alternative dates for our events. This took some time as we had to coordinate new appointments for you with artists, theaters, technicians, bus companies and many more. And that with almost 200 shows … Now we have almost made it – only a few dates are missing. Thank you very much for your patience! The tickets remain valid for the new dates.

Of course, we continue to make every effort to process every incoming customer inquiry as quickly as possible. Again, we ask for your patience as our entire office team is on short-time work, which will delay processing times. We ask you to refrain from telephone inquiries and thank you for your understanding here. We will keep you up to date on a regular basis – you can find all the latest information here!

Rock The Circus – Music for the eyes

Menschen, Songs & Sensations: Here, what belongs together grows together – breathtaking artistry and powerful rock music from five decades!
Creativity and a willingness to take risks, virtuoso dexterity and the courage to show great emotion: this is what has always linked the world of rock’n’roll with the world of the circus. Whether under the dome of a circus tent or on the stage that means the world – artists from both disciplines are united by the joy of the big performance and the sense of brilliant entertainment.

Whether it’s a guitarist’s fingers flying over the strings or a juggler making the balls dance, we’ve all always enjoyed marveling at creativity and skill, speed and daring – whether in the concert hall or around the ring.
With ROCK THE CIRCUS, a show was created that fuses legendary rock songs with versatile show elements, dance performances and high-class artistry. Music for the eyes!

Circus and rock have never been closer!

Magicians and sword swallowers, high-wire artists and BMX stuntmen, fire-eaters and jugglers, trapeze artists and roller skate acrobats show their skills to powerful rock hits and soulful ballads by legends such as LED ZEPPELIN or BON JOVI, PINK FLOYD or GUNS’N’ROSES, QUEEN, AC / DC or the RED HOT CHILI PEPPERS. A top-class band of six professional musicians, who have already been on tour with international stars and celebrated successes with musical productions such as “We will rock you” or “Hinter’m Horizont”, ensures the optimal live concert feeling.

Accompanied by the first-class light design, real circus magic is created in a more than two-hour captivating rock show.
After the first German tour in 2018, where the international ensemble earned “standing ovations” night after night, ROCK THE CIRCUS can be experienced live again in 2019 & 2020. Treat yourself to an evening for the eyes and ears – whether you come as a rock fan or a lover of fascinating circus artistry, you will enjoy the mix of both:

– Program varies depending on the location –

Gravity has been enchanting international audiences for years with pole and hand-to-hand acrobatics, fire artistry, juggling and clowning. Behind Gravity are the two artists Nova and Rocco. After perfecting their skills on worldwide tours, they joined forces. Since then, they combine their talents to create a breathtaking show act. 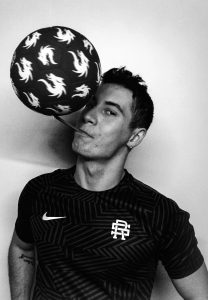 Dawid, who comes from Poland, started his freestyle training in 2006. He developed it into a professional show, which he has already presented in over 17 countries. He performed in front of legends like Diego Maradona, Roberto Carlos or Usain Bolt. In his career, he has been on the podium more than 30 times in national and international competitions. 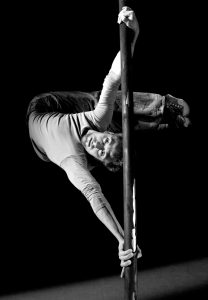 Diogo comes from Brazil and completed his artistry training at circus schools in Brazil and Belgium. He worked among others for greats like “Franco Dragone” and could be seen at many festivals around the world with his impressive show. Regularly performing and arranging in German circus shows, Diogo currently lives in Berlin.

As artists of the “Russian State Circus Company” the duo Monastyrsky started with their Quick-Change Illusion Show in 1989. Thus, the duo continues the dynasty of the famous Russian circus family Monastyrsky in the 3rd generation. 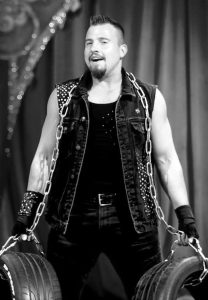 Andrey, who comes from Ukraine, was born into a circus family. His father was an acrobat and his mother a ballet dancer. Since his birth, he traveled around with his parents and now continues the dynasty himself. The thoroughbred acrobat one day discovered car tires as a training tool for himself and created a unique and great performance out of it. This gave him worldwide engagements. Andrey is very proud to be a member of “Rock The Circus”. 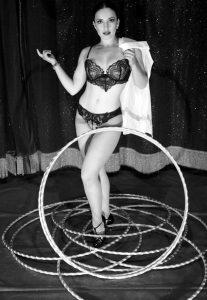 Born in Moscow, Laura is already a 3rd generation artist. For more than 10 years she has been performing with her Hula Hoop – Performance. Laura has performed in many European shows and festivals, including Circus Monte Carlo.

Elise is a dancer, singer and circus artist who specializes in harnesses, ropes, silks, aerial hoops, hand balancing and group juggling. Elise completed her dance training at the National Institute of Circus Arts (NICA) in Australia. She has performed in circuses, on cruise ships, at corporate events, and on TV shows, among others.

With love and dedication, Gina from Essen has mastered the rhönrad perfectly since she was a child. She also enchants with her breathtaking art of movement with the Cyr-Wheel, even on small stages. Internationally, Gina was to be admired with her performances in Brazil, among other places, and is now looking forward to turning the wheel again in her home country and to thrill the audience with her spectacular acts. 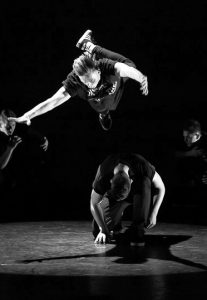 The dancers of the award-winning hip hop dance company Elementz Ent. based in London come from all over the UK. Elementz specializes in Hip Hop / Street Dance, although members are also trained in other dance styles including ballet, contemporary, tap & jazz. After the successful tour with “Rock The Circus” in 2018, Elementz is happy to be back on the current tour with Neeve, Chris, Kai and Peter. 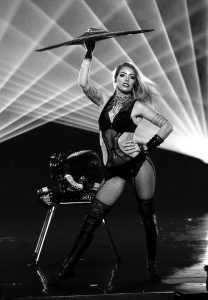 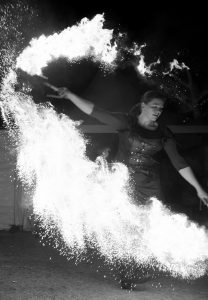 Karsten Nix and Marie Kannemann put an end to small flames! With twirling sticks, partner poi and meter-high columns of flame, they know how to surprise the audience. Experience the charismatic-sympathetic duo and celebrate with them when joy and flame meet.

Adrenalin – Troup consists of three Ukrainian artists Oleksahdr, Ihor and Mykyta. They started trampolining and professional training in artistic gymnastics as children. Individually or as a team, their dizzying performances have been seen in various circuses, shows and events around the world.

The Berlin artist Lena Köhn is considered a luminary of diabolo art worldwide. Their unique performance captivates with virtuosity and elegance. With precision and charm, the artist whirls the Chinese double spinning tops through the air and catches them again in almost impossible figures to the delight of the audience. 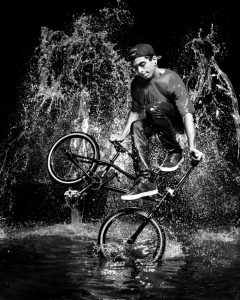 Varo started riding BMX at the age of 13.

At 16, he won his first amateur contest. In 2014, at the age of 17, he won the “FISE World Montpellier” in the amateur class and thus qualified for the “Professional World Circuit”. As a solo artist he performed in over 200 shows, such big names as Red Bull, Armani, Orbea, Harley Davidson. Varo just returned from Abu Dhabi, where he spent 12 months performing at Ferrari World theme park. 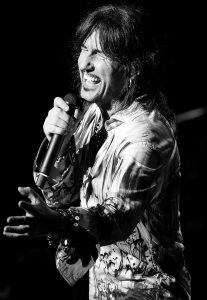 Berlin-based singer Tommy Heart can look back on an impressive career that dates back to the eighties. The multi-platinum and gold award-winning thoroughbred musician already released his thirtieth recording in 2016, and with it his first solo album. In his musical career, Tommy has collaborated with many established artists on joint musical projects. He founded several bands, with which he also toured throughout Europe and achieved worldwide fame. In 2012, Tommy initiated “Help! For Japan” a charity action for the victims of the tsunami disaster in Japan. In 2013-2015 Tommy was one of the main actors of the Spanish production “Symphonic Rhapsody of Queen”, where Queen classics were presented in a new look. Currently Tommy is working on his second solo album.

Bettina has gained a lot of stage experience in recent years as a background singer for Doro, Jennifer Rush and Monokel, among others, as well as opening for the Scorpions in Moscow. She was seen and heard on stage as a singer in the circus “Flic Flac” and on the tour “25 years of maximum punishment”. Bettina is also an all-rounder in the music business and regularly works as a stage manager and artist supervisor, among other things. Since 2006 she has been working successfully as a vocal coach with “Pimp your Voice”. 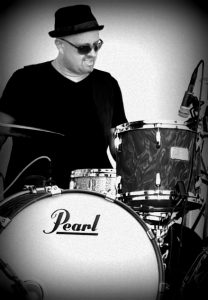 The Berlin drummer discovered his passion for drums at a young age. Jens has worked as a live and studio drummer, with artists such as Mungo Jerry, Frank Zander, Big Bad Shakin and Jimmy Martin. He has been an integral part of Tommy Heart’s team since 2016. His heart belongs to rock ‘n’ roll! 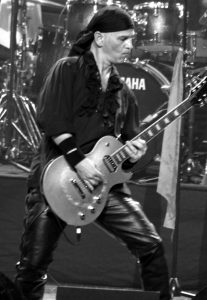 Lou D has gained international experience as a studio and session guitarist. He regularly works as a producer and arranger for cinema commercials and can be heard as a live guitarist with Tommy Heart, Julia Gamez Martin, Steam, Project X and Gunn, among others.

The Berlin-based touring and studio bassist has worked with Marya Roxx, Ansoticca, Graaf, Riff Raff and various cover bands, among others. Likewise, he can be seen as a presenter on national stages and participated as a producer in many albums. A Berlin original with music in his blood.

A native of Melbourne, Australia, Sebastian was educated at the University of Tasmania and has worked as a studio musician for many years. With the Australian band “EyeFear” he was on tour in Australia and Asia. Since living in Berlin, he has found his place as the keyboardist of “Silence is betrayal” and the “Knicki Knacki Allstarz”. 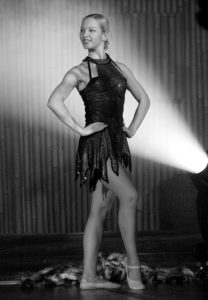 Debora Klauke-Didszuweit, known as Debsdid, works as a freelance artist. As a state-approved ballet teacher, she is represented at all ballet schools in North Rhine-Westphalia. After her training, Debora worked nationally and internationally as a dancer. She has performed at the Grand Cabaret Paris, the MDR Television Ballet, Circus meets Classic at the Lanxess Arena and the TWS Tuchfabrik. She is currently dancing for the “Welcome Elvis Show” at the Stratmanns Theater in Essen. As a production/direction assistant and choreographer, she has been on the road for Circus Roncalli for over ten years and for Circus Flic Flac for three years. She received further engagements with artist agencies such as Juxart, Circus Merz and Pillini as well as in the ZDF Fernsehgarten.

NEWS – Rock The Circus – Music for the eyes