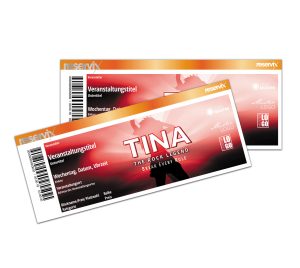 W“as for a woman! What a voice! What a career!

In November 2019, Tina Turner, born Anna Mae Bullock in Nutbush, Tennessee in 1939, looked back on 80 fulfilling years of life full of ups and downs, but above all on a grandiose, world-spanning career!

Tina Turner herself said goodbye to the stage many years ago and now lives in seclusion in Switzerland.

But as long as there are such highly talented young musicians, you can fortunately continue to experience their greatest successes live and up close – almost as if you had the unsurpassed original in front of you.

This is ensured by the top-class ensemble of first-class singers, musicians and dancers of the tribute show. TINA – THE ROCK LEGEND also attaches great importance to attention to detail and offers excellent lighting and sound technology for an electrifying performance of the artists.

U“Tina Turner’s early successes alongside Ike Turner have been forgotten, but the power woman with the unmistakable soul voice only became a world star after launching her solo career. Mega hits like “Nutbush City Limits”, “Typical male”, “Simply the best”, “Private dancer”, “What’s love got to do with it?” or the James Bond – title song “Golden eye” inspire generations of fans until today – and they also form the backbone of the anniversary – show TINA – THE ROCK LEGEND. Over the years, not only her goosebump-inducing voice became a trademark, but also Tina’s provocative outfits, wild lion’s mane and her fabulous stage presence.

With more than 180 million records sold, countless gold and platinum awards and several Grammy Awards, she advanced to become one of the greatest rock & soul divas of all time and a role model for many female stars of the pop biz who followed her. TINA – THE ROCK LEGEND now revisits this incomparable career – energetic and passionate, just as Tina herself always was.

Be there live and enjoy a deep musical bow to a unique life’s work! Because the following still applies: She’s simply the best!

Born in South London, Amarra graduated from the University Of Brunel in London with a degree in acting, film and television. Since then she has been working professionally in the field of performing arts and also teaches it at theaters worldwide.

Amarra has starred in many plays and musicals … SISTER ACT, MAGIC OF MOTOWN, SOUL LEGENDS to name a few. At the same time, Amarra shoots commercials that are broadcast worldwide and not infrequently appears in front of the camera as an actress.

She is currently already on stage in London in the role of Tina Turner in “What’s Love Got To Do With It?” and is looking forward to starting an extended tour of Germany for the first time with “TINA – The Rock Legend”. 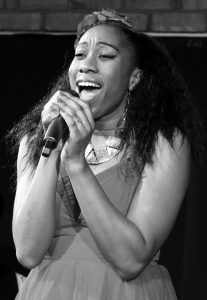 Katanya studied jazz and pop music at Goldsmiths College in London. Since then she has been on stage throughout Europe as a solo singer and lead vocalist. For example, she took on the role of Whitney Houston in Spain and also sang in a Motown Sisters trio. Since 2013, she has been the band leader of the group “Step ‘N’ Soul London” and also frequently takes on guest appearances with other bands in the soul field. 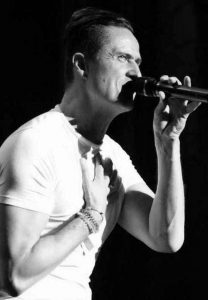 Daniel played in Thuringia at different, well-known theaters. These include, for example, Erfurt, Gera, and Altenburg, as well as Chemnitz. He is mainly a music producer and plays in a Leipzig band on the side. In addition, he toured with a Beatles and Woodstock show. Now he is happy to be part of “Tina – The Rock Legend” again. 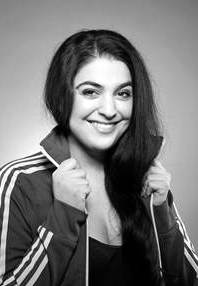 Berivan studied musical and jazz singing at the Hochschule für Musik und Theater in Leipzig. In 2011 she won the prize of the Walter Kaminsky Foundation at the German National Singing Competition and is involved in various bands and music projects as a singer and songwriter. The Berlin native also has many years of stage experience as a performer in musical and theater productions such as “City of Angels”, “Woodstock”, “Der kleine Horrorladen” or “89/90”. Berivan was already an integral part of the ensemble in “Tina – The Rock Legend” and the “Blues Brothers”. 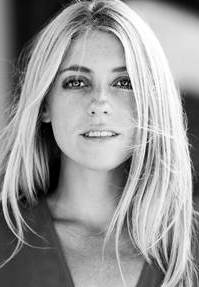 The singer and composer has a bachelor’s degree in jazz singing and a master’s degree in film music. Since 2008 she has been involved in various projects with different pop , soul and jazz bands as a bandleader, songwriter or background singer. Under her label “A&O Records” she already released 3 own albums. Since then she has been writing film music and songs, among others for MDR, RBB and currently for the Ethiopian-German cinema documentary “Awalatje – the midwives”. 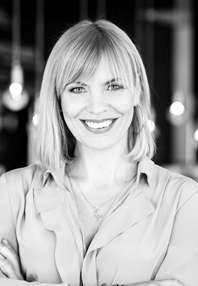 Elisabeth Markstein studied singing and musical at the Musikhochschule ‘Carl Maria von Weber’ Dresden and the Stella Academy, Hamburg. Since then she has appeared on stage in numerous major musical productions in leading and supporting roles, e.g. Hair, Jesus Christ Superstar, Rocky Horror Show, The Little Shop of Horrors, Catch Me of You Can, Hello Dolly, Grimm and many more. Besides her work at the theater, she tours the country with various bands and her ladies trio ‘SwingBells’. 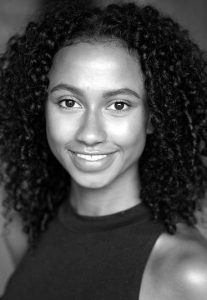 A native of London, Harley studied dance at the Institute of the Arts in Barcelona, Spain. Since graduating, she has collaborated with various music greats such as BASTILLE (“Those Nights”). She gained professional experience at the LOOM FESTIVAL in Barcelona, among others. 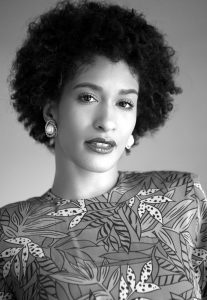 Kerri studied at the Masters Performing Arts College in Rayleigh, England. In 2008, she graduated from there with a degree in performing arts. Since then she can be seen in various commercials and music videos (e.g. Jessie J “Laserlight” or Tinie Tempah “Trampoline”) and is also in front of the camera as a model. 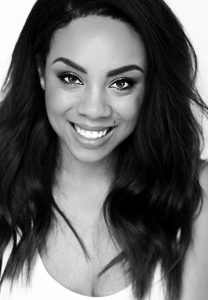 Mia graduated in Musical & Dance from the prestigious Urdang Academy in London, which she successfully completed in 2017. She then gained professional experience in shows with the cruise company AIDA Cruises and in various musical productions in London, among others. 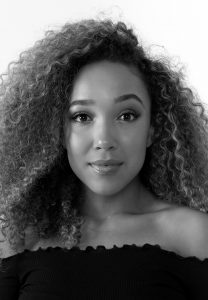 Tamika, who has performed on stage as a dancer and actress in various theaters, studied at the Wilkes Academy Of Permoring Arts in Swindon, England. She has since gained professional experience in Doha with the musical “Jungle Book” (Abdul Aziz Nasser Theatre) or in the documentary “Spice Girls – Breaking the Band”(ITV), among others. 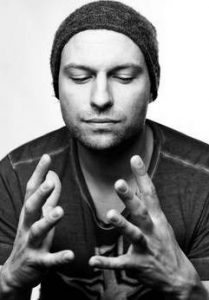 Arne started playing the piano at the age of five and was already part of a jazz trio at 15. He is a prize winner of the state competition “Jugend jazzt” and the national competition “Jugend musiziert”. In 2012 he completed his studies in jazz piano / popular music at the HMT Leipzig as well as a diploma in instrumental pedagogy. This was followed by his first CDs “Fresh Fruits” and “Reisende”, produced in New York, as well as performances with renowned jazz greats such as Charley Ann-Schmutzler, Sharon Phillips, Nina Hill and many others. Since 2006 he has been directing and participating in numerous theater/musical productions, including at the Theater Eisleben and the Theater der Jungen Welt in Leipzig. At the MDR Lesecafé, he performs as a solo pianist, among other things. 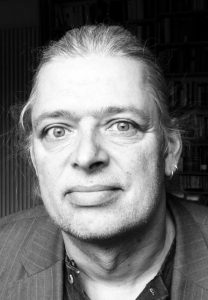 Volkmar has been playing bass guitar and double bass for many years in various bands and projects such as with the East rock legend Peter Cäsar Gläser, the world music band “Polkaholix”, with the fine jazz of “Kitchen Grooves” or blues rock of the band ” Sweet Confusion”. He also made guest appearances on many theatrical stages in Germany, including the Admiralspalast Berlin with the multimedia production “The Little Prince” by the “Drehbühne” Berlin. 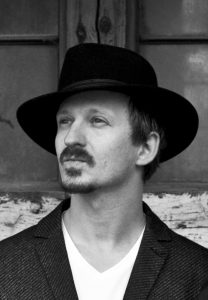 As a busy drummer Markus looks back on far more than 1500 concerts all over Europe and 20 CD productions. He was also a prizewinner at “Jugend jazzt” and won the German Rock and Pop Award. As a composer and musician he can also be heard regularly on national TV and radio stations such as 3sat, arte or DLF.

Georg Spieß, who lives in Leipzig by choice, studied guitar at the HMT with Prof. Werner Neumann. Inspired by old and new greats from jazz and rock, he plays newly created original compositions and now works as a guitar teacher himself. Furthermore, he plays with various other bands and for other projects and currently played in the play “Lazarus” at the Schauspiel Leipzig.

Paul is a proﬁt musician and came to the state capital of Berlin in 1983. He played his way through the European festival scene in Amsterdam, Frankfurt, Stuttgart and Milan, performing with Champion Jack Dupree, Memphis Slim, Carey Bell, Queen Yahna and others. Through the “Rocky Horror Show” in the Berlin Kammerspiele and “Cabaret” in the Theater des Westens Paul was able to gain theater experience. 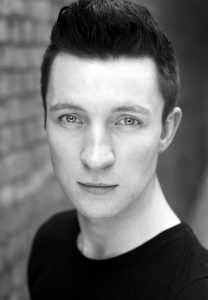 Multi-talented Jonathan from London studied at the “Laine Theatre Arts” and can look back on an extensive career. Since graduating, he has appeared internationally in music videos, commercials, and TV shows, and has performed himself as an actor on stages such as the West End Theater in London (including in “Legally Blonde”) and has also toured with shows such as “An Evening of Dirty Dancing.”

Most recently he was seen as “Purse” in “Starlight Express” in Bochum. He currently works full time as a director and choreographer for a variety of productions, from burlesque to concert shows to musicals.